Menu
Log in
Register
Install the app
You are using an out of date browser. It may not display this or other websites correctly.
You should upgrade or use an alternative browser.

Volvo SPN 5394 FMI 5 Aftertreatment DEF Dosing Valve- Current below normal or open circuit
This Fault Code is activated when a reduced NOx conversion is detected
When the DEF dosing valve duty cycle increases above allowed threshold and the DEF pump control value decreases below expected threshold, the ACM stops DEF dosing and reports a fault. The fault might be indication of electrical failure or blockage in DEF dosing valve or DEF supply line from the DEF tank.

Cause for Fault code 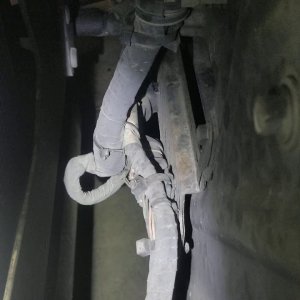 this is a short on the go video that i wanted to make for a long time, but didn't have a good example, if it was hard to hear i was trying to explain that wi...
bigrigfaults.com
Last edited: Friday at 1:47 AM